My Father Le Bijou 1922 cigars are born from generations of tobacco virtuosity. A cigar built with the grace and affection only a cigar lover could give. My Father Le Bijou is a rich, full-bodied release from Pepin Garcia and surely will not disappoint. The original My Father has Nicaraguan filler and binder leaves, but an Ecuadorian wrapper grown from Habano seed. My Father 1922 Le Bijou cigars are handmade in Nicaragua. Featuring an Ecuadorian-grown Habano Oscuro wrapper and a potent mix of Nicaraguan long-fillers, Le Bijou 1922 exudes a robust array of flavors delivered in a remarkably agreeable fashion. Three caps are applied to the head of this cigar in true Cuban fashion. Complex, rewarding and pleasurable – Pepin’s new gem. The cigars have an all-Nicaraguan long filler blend that has been patiently aged to perfection, bringing an exceedingly elegant smoke to the palate. Le Bijou lives up to its billing! Consistent flavor profile, well balanced. Very rich and full line flavor, one of the finest cigars out there, a must smoke!
The date 1922 denotes the birth year of José Garcia, the father of José “Pepin” Garcia. Le Bijou means “the jewel” in French. And this cigar is emblematic of all the Garcia family has achieved. Pepin started as a roller in Cuba before emigrating to Miami and eventually opening up a tiny rolling gallery in Little Havana. Commercial and critical acclaim for his cigars allowed expansion into Nicaragua. Today, Pepin, Jaime and Janny Garcia lead My Father Cigars, and their factory in Estelí produces millions of cigars a year. Despite rapid growth, the family still takes great care in producing cigars of quality and distinction, which shows in this My Father Le Bijou 1922 Torpedo Box Pressed. It takes a profound understanding of cigar tobaccos to create a smoke that conveys uncanny impressions of dark chocolate-covered raisins, savory leather and a sweet-and-salty finish that resonates on the palate. This cigar has an ideal combination of power and finesse to make it No. 1. It’s the second Cigar of the Year for the Garcia’s” 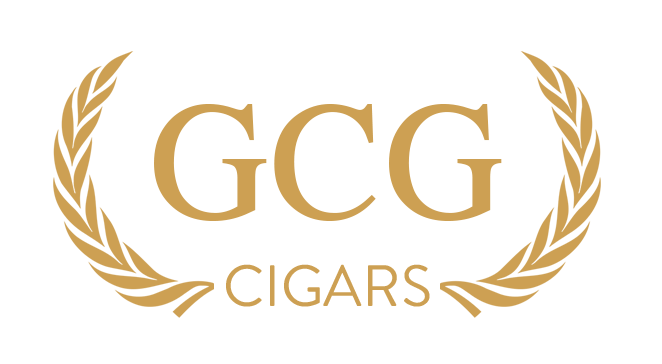 Please note that GCG Cigars does not sell tobacco products to anyone under the age of 21.